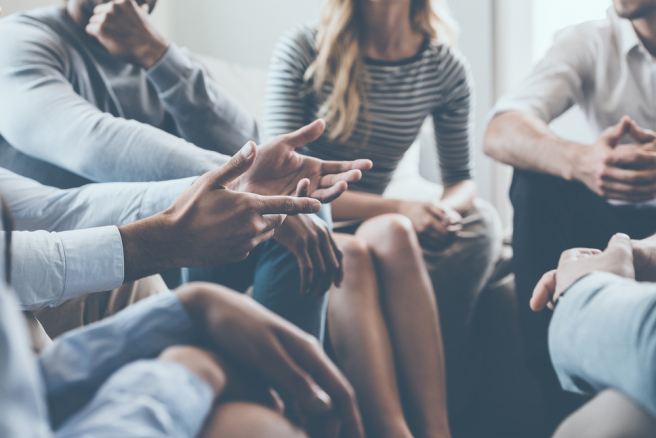 Recently, much attention has been devoted to what has become known as the ‘Second Golden Age’ of Dutch science, which is placed roughly between 1870 and 1920 . This periode is marked by frenetic scientific activity in the Netherlands, certainly when compared to the half-century before. Two reasons for this upsurge have been forwarded. The first one is that in 1863 and 1876, two education laws provided the ‘logistics’ for the raising of a new scientific élite. Although this cause may be specific to the Netherlands, it also enabled the scientific community in the Netherlands to make the most of the international tendency towards professionalisation and specialisation in science. If we look at science at an international level, we may also see a nationalistic element enter the discussion. Others, most notably Henk te Velde, have written about the way in which the Dutch liberals perceived education as a means to further nationalism, or more properly the national sentiment which they had found sadly lacking . In other countries, the fruits of science had been welcomed as support to national development, as the ultimate manifestation of the national identity, or simply as a boost to national self-esteem . The Kaiser-Wilhelm Institute may serve as an indicator of this phenomenon:
“Just like the Großstaat and Großindustrie, Großwissenschaft has shown itself to be an indispensable element of our cultural development, of which the Academies are or should be the legitimate guardians”

The Nobel Prizes, which were awarded with a one-year interval from 1901 on, only enhanced this effect. Conversely, this had a stimulating effect on the prestige of the prizes themselves. When looking at the context of these developments, it seems clear that the social esteem of science was internationally perceived to be very high. As one example I refer to the great number of novels published around the turn of the century which feature scientists as their main characters and heroes.

The Netherlands were no exception. As others have pointed out, the increase in public spending on behalf of science could only have taken place if social support for such activities was sufficient to make it politically acceptable . Although it would be problematic to view the mounting interest and important of science in the Netherlands exclusively as a manifestation of nationalism, there was the idea that to maintain its international position, the Netherlands could not afford to fall back in the scientific ‘arms race’, if only to maintain an edge in manufacture and industry.

The growing interest in science can also be seen in the history of many scientific societies in the Netherlands, many of which existed since the eighteenth century. The first half of the nineteenth century had been a difficult period for most of them, and they were regarded by many as outdated. However, from approximately 1860 onwards there is an unmistakeable growth of interest in these organisations; in that year, there were 89 scientific and cultural societies in the Netherlands; fifty years later their number had risen to 114 . The role of these societies was multi-faceted. They served, among others, as a facilitory organisation to scientists, as a meeting place between scientists and the educated public, as a vehicle for publication, and often as the keeper of scientific collections. Many societies had actively contributed to the turn in their fate, for instance by restructuring their organisation, by incorporating new scientific approaches or by turning to ways of stimulating research that were less outmoded.

The question is in which way the general rise of scientific activity and the blossoming of these societies relate to one another. This outline seeks to examine the relation between those two phenomena. To this end, the choice has been made to devote a closer examination to six scientific societies in the Netherlands, to look at their composition, their staffing, their methods in stimulating research, and their treatment of a selection of topics that would have been current at the time, both in scientific and public opinion.
The importance of the social attitude towards science, if only for reasons of public funding, has already been stressed above. These societies provided one forum for contact between public opinion and the scientific world, and were therefore of great interest to the scientific community.

The chosen timeframe runs from the 1850s, which saw a turnaround in thinking about the way of scientific pursuit, to 1914, a year which marks at least a temporary end to scientific internationalism but which also ended much of its underlying positivism.

There are certain obvious choices to be made when we look at the societies themselves. The Genootschap ter bevordering van Natuur-, Genees- en Heelkunde in Amsterdam, and Teylers Tweede Genootschap in Haarlem were among the oldest and largest in the country. In the case of Teyler there is the additional importance of its collections. The Provinciaal Utrechtsch Genootschap was chosen for its scientific prestige, but also for the reason that it is somewhat remote from the former two, and one can expect that the degree of personal overlap is not too great.

In the late nineteenth century geography was still a factor to be reckoned with, and it would be interesting to see if and how the composition of a society in a relatively isolated city like Groningen would differ from those in the west of the country. Of course, Groningen is a university town, and as such shows a concentration of scientists. In a city like Leeuwarden, the social component of society activities will predictably have been higher than in Groningen, while experiencing the same amount of geographic isolation. Aditionally, the Leeuwarden case will aid us in making a proper assessment of the cultural importance and prestige of science in a non-scientifically oriented community.

The last choice, the Natuur- en Geneeskundig Congres is not a society in the proper sense, but it does represent a new form of communicating scientific information in the form of bi-annual meetings among virtually exclusively professional scientists.

The size of the scientific community in the Netherlands around 1890 has been estimated at around one thousand . This includes all scientific disciplines, from medicine to physics. Logically, the composition of a society will have been crucial for the direction of its activities. Geology has always been a well-represented at Teyler’s, the Genootschap ter Bevordering [etc.] has always had a high intake of physicians and surgeons. The social origin of members will also be important: it will give us insight into the status of scientific research, and in the distribution of scientific information and interest.

a) Natural History
In the late nineteenth century, the field of natural history received a strong impetus from the public controversy over Charles Darwin’s On the Origin of Species. This controversy also touched the Netherlands, although its intensity never opproached that of the Anglo-Saxon countries or Sweden . However, apart from these theoretical (and often theological) issues, the private study of nature, in its narrow sense, also became increasingly more popular. For these reasons, I believe the field of natural history will present a welcome case to compare public and scientific attitudes, and study the ways in which these were confronted in societies.

b) Anaesthetics
Around the middle of the nineteenth century, important progress in the relief of pain among patients was made when the American surgeon William Morton succeeded in applying ether to gain general narcosis. Previous methods, varying from a hard hit on the head to the supply of generous amounts of alcohol, had proved hazardous at best, but the use of ether, and later chloroform, gave physicians a working solution. However, this method was still far from secure, and much debate and controversy was devoted to ways in which a secure narcosis could be obtained. The state of technology, not only of narcotics, but also of application equipment, was very important in this development. Much as in the case of natural history, this matter carried great public appeal, but of a far more practical nature: it helped immensely in increasing public confidence in the medical profession. Aditionally, this was a topic with political content. ‘Hygienists’, proponents of a more scientific and professional approach to medicine, had been active since the 1850s in an attempt to make public health a matter of political interest.

c) Third choice
Both of the subjects treated above were also widely discussed in the public sphere. Therefore it could prove useful to choose as our third topic one that was investigated mainly or exclusively in scientific circles. One such topic is that of theoretical physics. Here we have a subject which is generally incomprehensible without a certain degree of specialised training. This may be of use in determining if and to what degree scientists were able to use the societies as a means of communication with each other and the public, and to which degree that same public was able or willing to master the deeper-lying aspects of science.

With these thoughts I hope to have offered sufficient material for a thorough study of scientific societies in the Netherlands around the turn of the century.